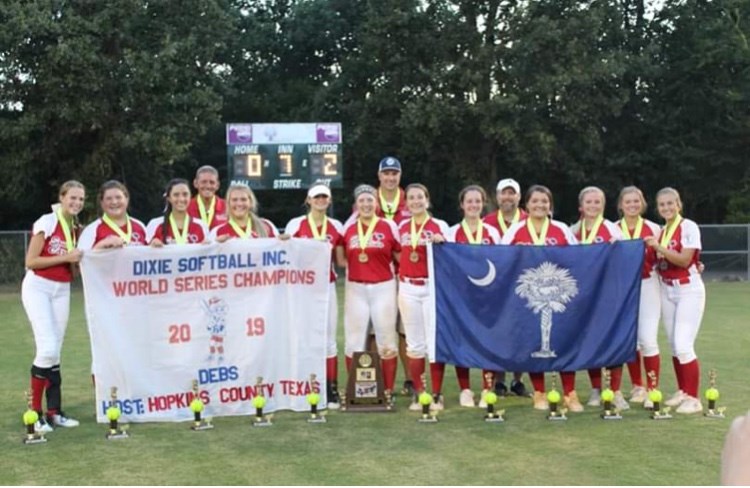 The Georgetown Dixie Debs represented South Carolina in the World Series in Texas. They outscored their opponents 69-7. They won the championship Wednesday by defeating Tennessee 2-0. We are so proud of these girls and their coaches for all of their hard work and determination. The team consisted of girls from surrounding areas and high schools. Seven of the players were previous and current Stallions.(Marti Easler, Brandy Gause, Madison Lamb, Nealy Lamb, Kendall McKenzie, Madi Wadford and Kinslee Wilson) They represented South Carolina well.