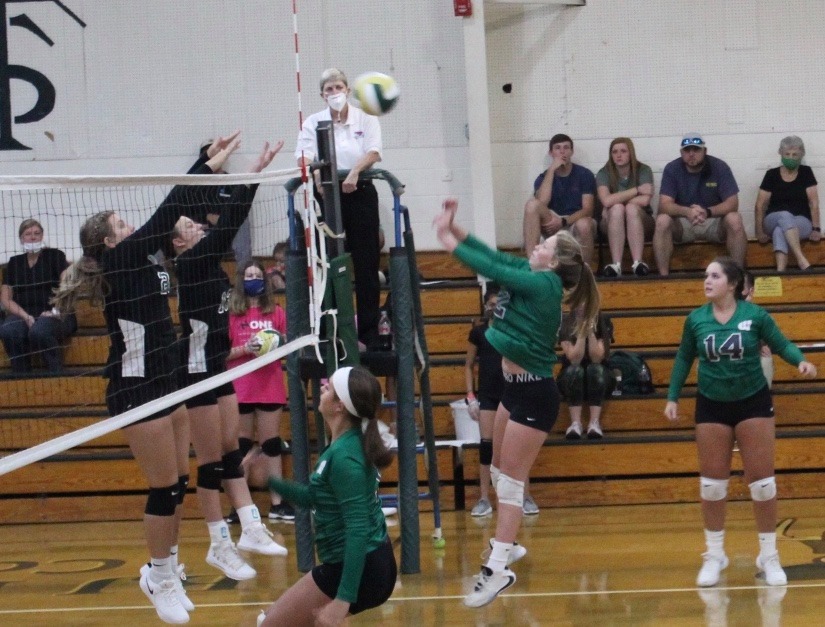 Varsity volleyball won their first game against Thomas Sumter on August 27th. The game was completed in only 3 matches: 25-21, 25-21, 25-10. Billie Ann Patrick led the team’s offensive stats with 6 kills and 1 block. Nealy Lamb had 8 aces, 3 kills, and 1 block. Hannah Miles had 6 aces and 1 kill. All together the team of nine tallied 22 aces and 15 kills! These stats do not include the dozens of great passes, digs, sets, and spikes that every player contributed to help bring home the win. The team is looking forward to a great season!