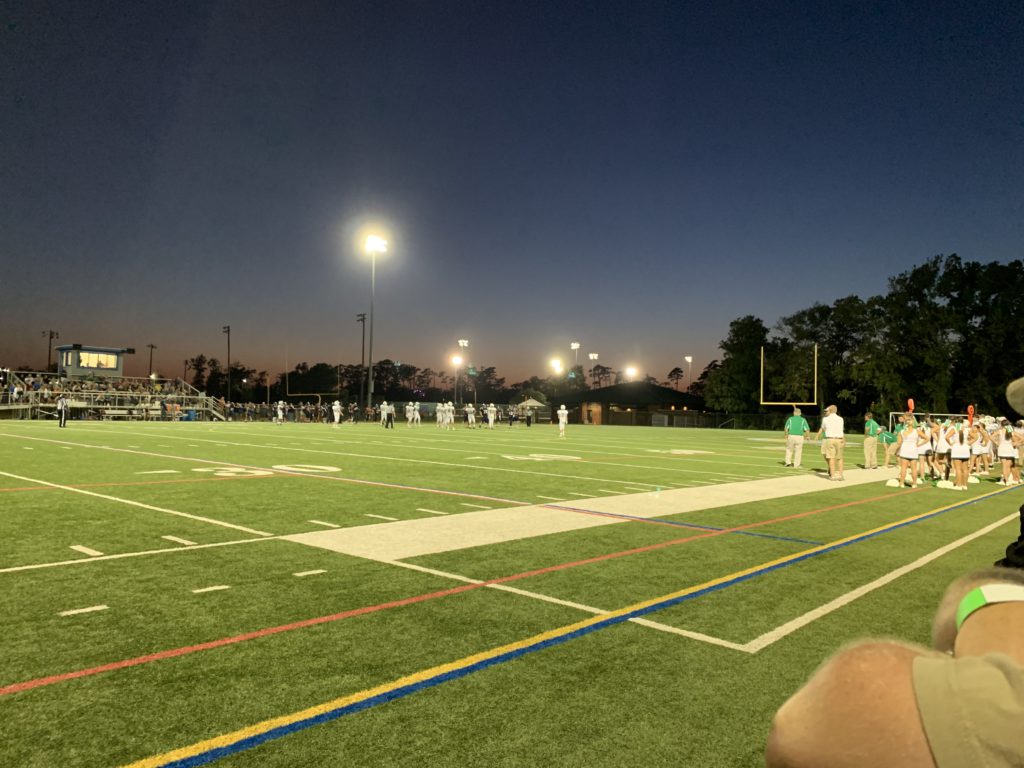 Williamsburg Academy is 3-1 on the season. Their first game was against Thomas Sumter. The score of the game was 29-0. The second game was against Myrtle Beach Christian Academy with a score of 43-0. The third game WA fell short against Carolina Academy with a score of 14-44. Last Friday night Williamsburg Academy took the win in their first Region game against Oakbrook Prep. The score of that game was 29-0. Joe Kellahan threw 2 passing touchdowns to Mitchell Floyd and Charlie Easler during the game. Binkie McKenzie caught a two-point conversion. The next game is this Friday, the 20th, away against Robert E. Lee. Please come out to support our boys.