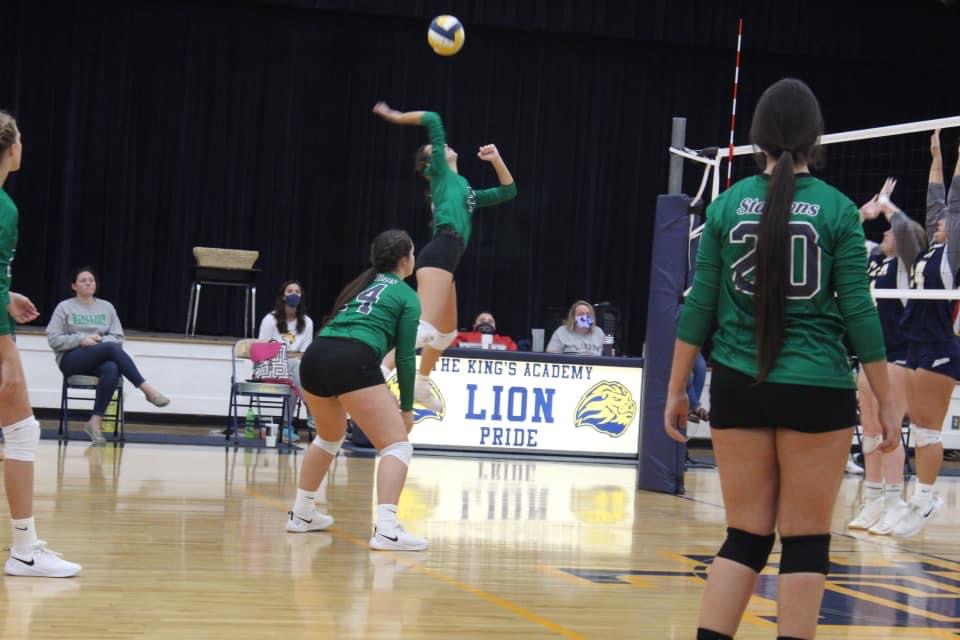 Tuesday September 29th W.A. hosted Myrtle Beach Christian. J.V. won in three matches. 18-25, 25-12, and 25-22. Brayleigh Matthews led with 6 kills and Allie McFadden and Audrey Watford both scored 3 kills. Varsity lost in 4 matches. Hannah Miles scored her personal best for the season with 25 serves and 4 aces. Our other top 2 servers of the night were Billie Ann Patrick with 13 and Kate Wilson with 12 and 3 aces. Billie Ann topped the Hitting stats for the second time this week with 9 kills followed by Nealy Lamb with 8. Josie Feagin was the back row player of the night with 16+ digs and 3 saves.

Thursday October 1st WA JV and Varsity both lost in a tough match with Kings Academy. JV was defeated in 3 matches and Varsity was defeated in 4. Leading servers were Mary Kathrine Tisdale (9) and Audrey Watford (7) for JV. Leading hitter was Allie McFadden with 7. Leading servers for Varsity were Nealy lamb with 20 and 3 aces and Billie Ann Patrick with 16 and 4 aces. Leading hitters wereKate Wilson with 7 and Billie Ann Patrick with 6, Nealy Lamb and Billie Easler tied with 5 each. “Diggers” of the night were Billie Ann Patrick and Kenzie Hancock, who spent more time flying across the floor than staying in their position!