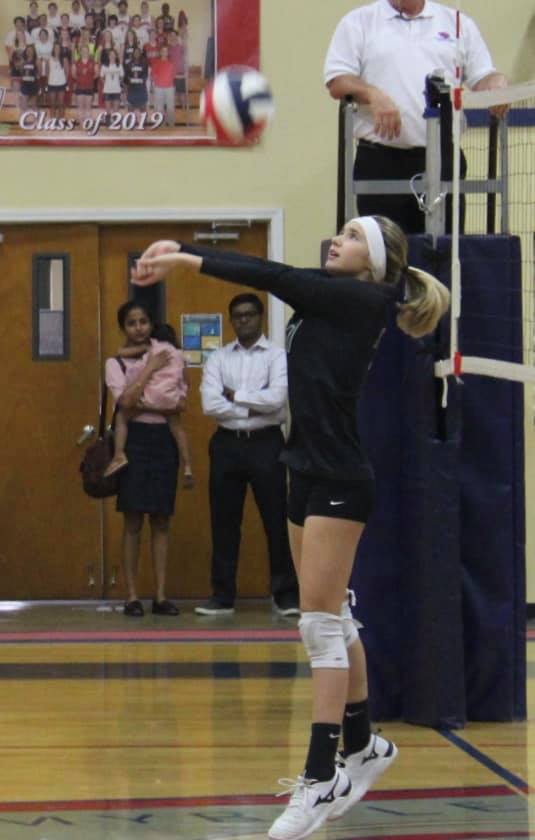 Congratulations to the Varsity volleyball team on their win this week. Marlboro was defeated in three matches: 25-19, 25-23, and 25-20. Billie Ann Patrick led the offense for the second week with 8 kills and 3 blocks. Neally Lamb was close behind with 7 aces, 7 kills, and 3 blocks. Iva Grace Wilson led the serves with 7 aces. Kenzie Hancock and Billie Easler both had 2 Kills. Josie Feagin and Kenzie Hancock were the defensive players of the week, with top stats in saves, and digs. Varsity now sits at 2-1. Varsity lost for the first time this season on Thursday to Myrtle Beach Christian, but they are looking forward to a second shot on September 29th when we play them again at home.

JV started off their season with a close loss to Marlboro Academy on Tuesday. They came back on Thursday to defeat Myrtle Beach Christian in only two matches. During their game at Myrtle Beach Christian on Thursday the team racked up 10 attacks, 17 aces, and many saves on the net. All together the team managed to have only 3 incomplete serves, and 3 incomplete attacks. They now sit at 1-1.