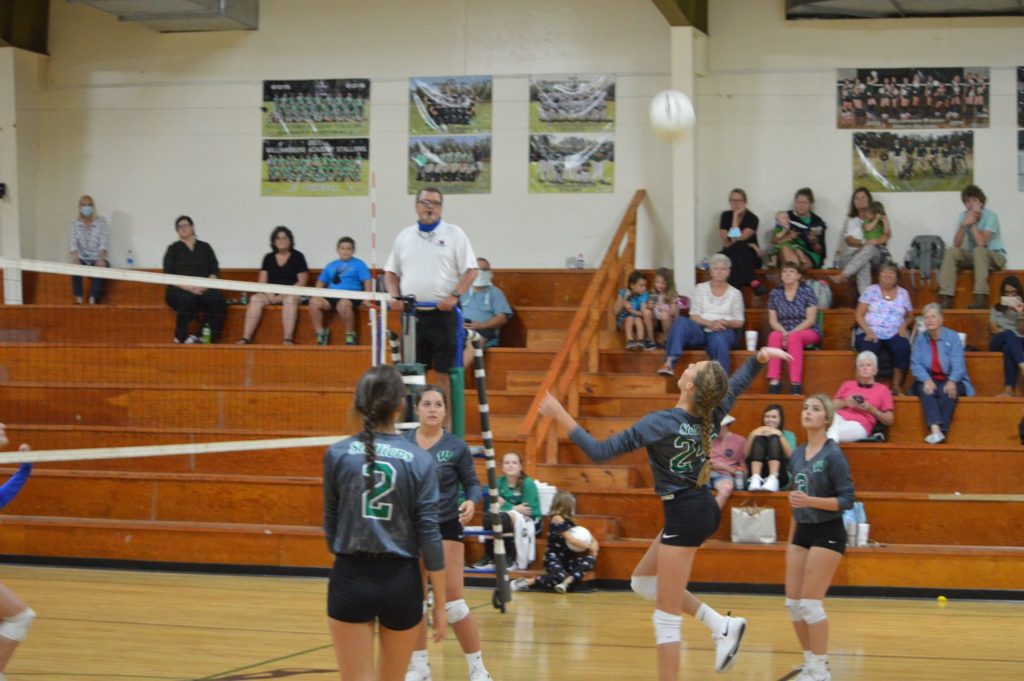 W.A. Volleyball played Conway Christian at home. J.V. played three matches, but lost in a close third match. Varsity won in three matches 25-14, 25-18, and 25-23. Freshman Kate Wilson led the team stats in serving with 20 serves, and 8 aces. The team had a total of 15 aces for the game. There was a combined total of 34 kills. Top hitters were Billie Ann Patrick with 11, Billie Easler with 7, and Josie Feagin with 6. Kenzie Hancock led the defense with 5 digs/saves. The Varsity team’s record now stands at 5-1 for the season, JV’s record is now sitting at 2-2. The team’s game on Thursday with Dillon Christian was cancelled, and rescheduled for September 28th due to weather. This week both teams will be playing The Carolina Academy and Pee Dee Academy.