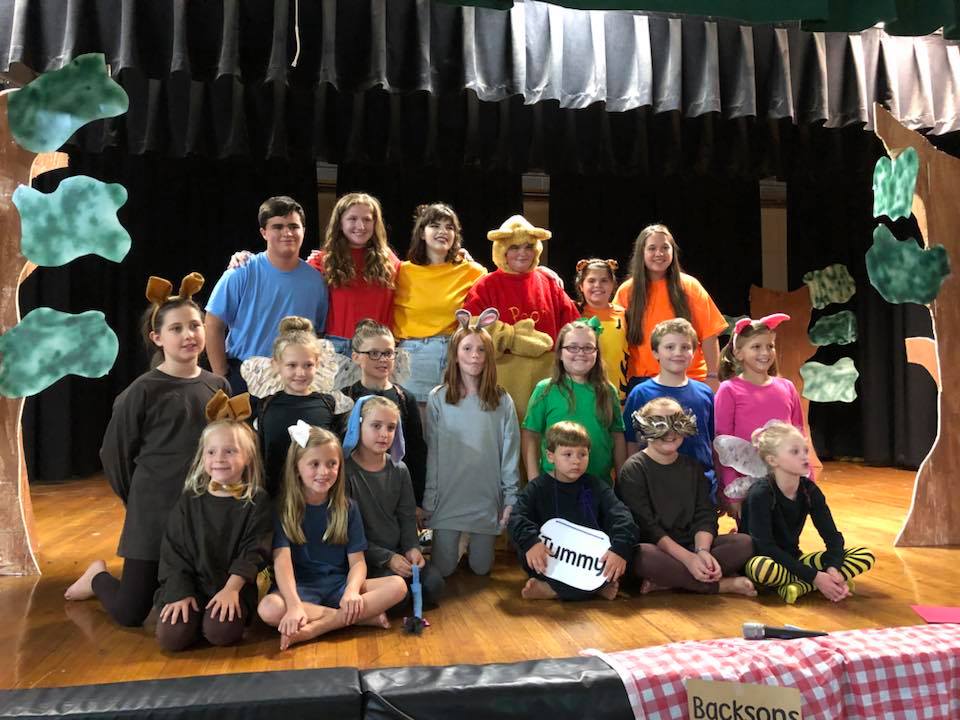 This summer, 15 WA students participated in Winnie the Pooh drama camp. Throughout the four day camp, campers played games, learned songs, choreography, staging, and much more. The camp ended on Thursday night with a performance attended by over 100 family members and friends. Each camper received a T-shirt and a playbill for cast autographs.

Disney’s Winnie the Pooh Kids is a licensed production and will be performed again at WA in the spring with additional cast members and choruses.